The most spectacular supermoon since 1948 will light up the sky, appearing 14 per cent bigger and 30 per cent brighter than usual.

The event on Monday November 14 – described as “undeniably beautiful” by American space agency Nasa – is the result of the moon coming closer to Earth than it has done for 69 years.

Nothing will match it until the moon makes a similar approach on November 25 2034.

On top of the moon’s bigger than usual size, they will then be treated to an additional “low-hanging moon” effect.

This is an optical illusion caused by the moon being close to the horizon, where it can be measured against familiar objects such as trees and houses.

This cosmic coincidence won’t happen again until 2034, according to NASA.

Where can I observe it?

From Sunday night through Monday night, the moon will be big, bright and shining just about 216,486 miles from Earth’s surface. If you have good weather, you should be able to spot it.

Supermoons like these are rare thanks to the moon’s wacky orbit. The natural satellite doesn’t move around Earth in a perfect circle, which means that occasionally the moon will hit full phase when it is at its closest point (perigee) or farthest point (apogee) from the planet.

What is a supermoon?

Ever looked up at the night sky to see a full moon so close you could almost touch it? Well done, you’ve spotted a supermoon.

The impressive sight happens when a full moon is closest to Earth. It orbits our planet in an oval shape so sometimes it comes closer to us than at other times. To us Earth-lings, the moon appears 30 per cent brighter and 14 per cent bigger.

By the way, supermoon is not an astrological term. It’s scientific name is perigee-syzygy, but supermoon is more catchy, and is used by the media to describe our celestial neighbour when it gets up close.

Astrologer Richard Nolle first came up with the term and he defined it as “… a new or full moon which occurs with the moon at or near (within 90 per cent of) its closest approach to Earth in a given orbit”, according to earthsky.org.

How common are supermoons?

They’re fairly frequent, although November’s supermoon will be a once-in-a-generation sight. There are six supermoons in 2016. We’ve already had four, and after next week there’s one on December 14.

Each full moon of the year is given a name – although they vary according to the source. October’s full moon is referred to as the Hunter’s moon because it appears very soon after sunset, and traditionally generated more light for farmers working in the fields and hunters to spot wildlife.

Spectacular moon pictures from over the weekend 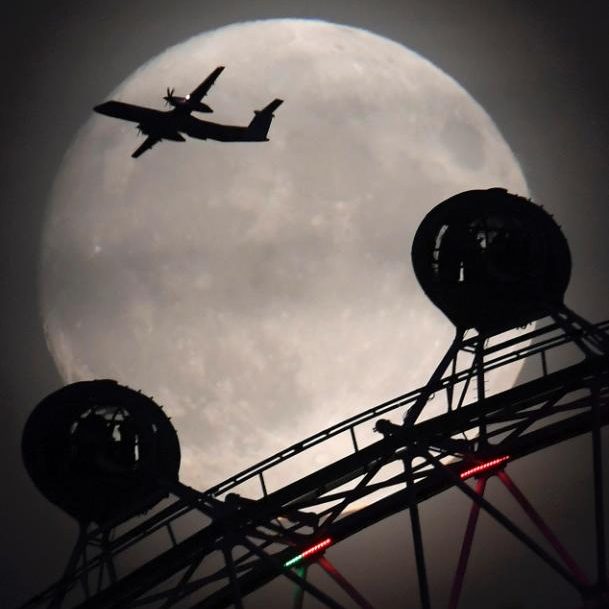 An aeroplane flies past the London Eye on Sunday Credit: TOBY MELVILLE/Reuters 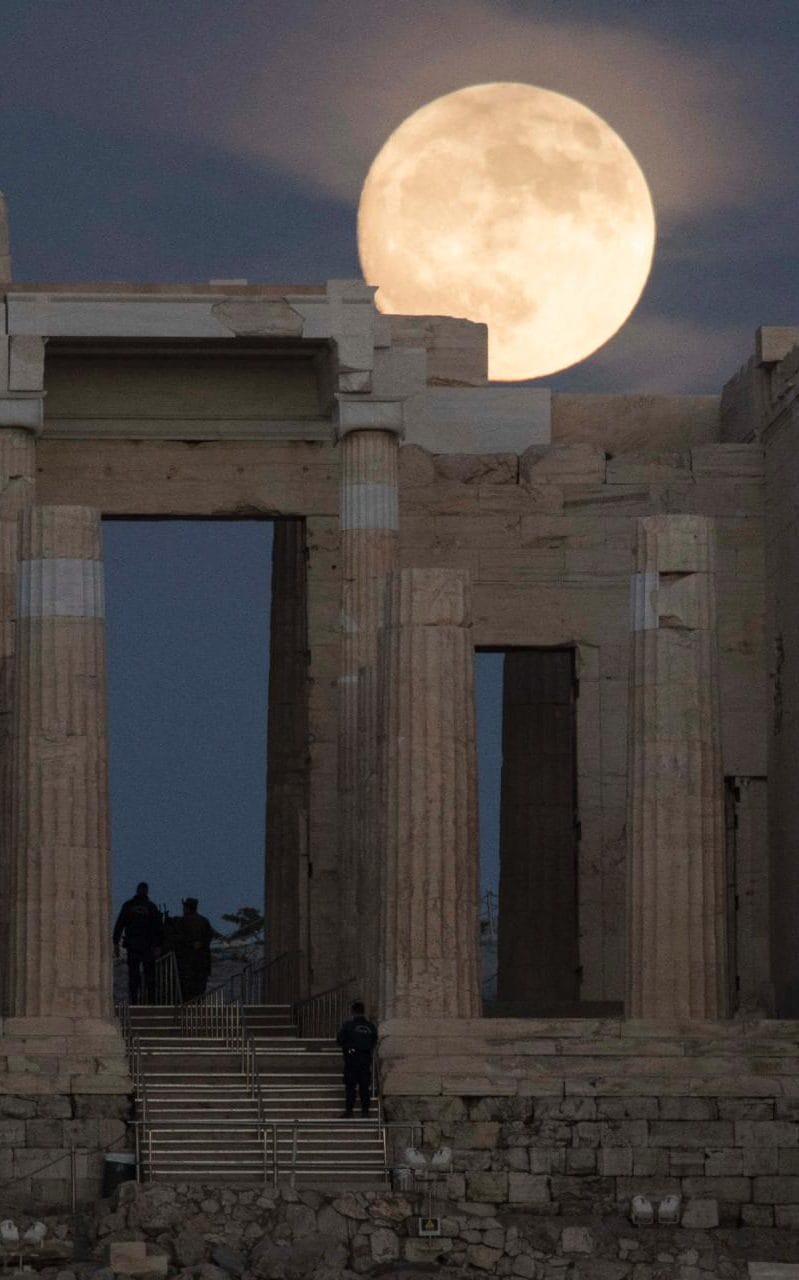 The moon rises over the ancient Acropolis of Athens Credit: ANDREA BONETTI/EPA

A flock of birds fly by as the super moon rises in Mir, Belarus. © Telegraph.co.uk 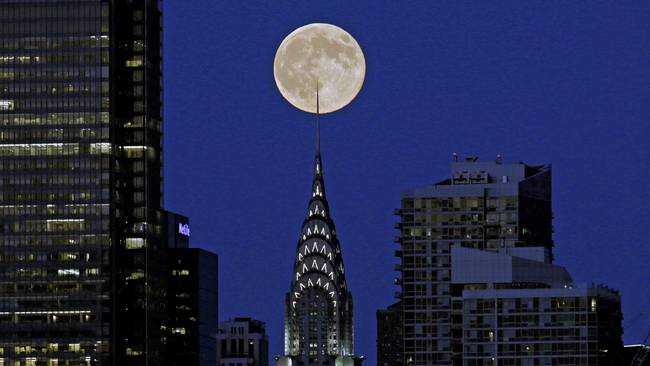 A supermoon behind the Chrysler Building in New York City. © Telegraph.co.uk

There’s lots of other moons too

Full moon: We all know what these are. They come around every month and light up the night at night.

Harvest moon: The full moon closest to the autumn equinox.

Black moon: Most experts agree that this refers to the second new moon in a calendar month. The last black moon was at the start of October 2016 and the next one is expected in 2019.

The infrequent nature of this lunar event led to the phrase “once in a blue moon” to signify a rare occurrence. It does not actually mean the moon will be blue.

Blood moon: Also known as a supermoon lunar eclipse. It’s when the shadow of Earth casts a reddish glow on the moon, the result of a rare combination of an eclipse with the closest full moon of the year.  There was one in September 2015, and before that in 1982 but the next one won’t be until 2033.

Strawberry moon: A rare event when there’s a full moon on the same day as the summer solstice. It happened in June 2016 for the first time since 1967 when 17 hours of sunlight gave way to a bright moonlit sky.

Despite the name, the moon does appear pink or red. The romantic label was coined by the Algonquin tribes of North America who believed June’s full moon signalled the beginning of the strawberry picking season.