March 10, 2017
The Spiritual side of Greece: Revealing it’s 3 most sacred places

Greece is a place full of magical scenes of natural beauty; a place charged with the vibrancy of the ideas that shaped our civilization. It is a place brimming with ancient ruins of temples and chiselled remnants of marble that whisper tales of the faded glories days of passed golden eras. A place of culture and tradition, that carries the weight of harboring what was considered to be the omphalos or navel of the earth. And so woven into contemporary Greece is also a heavy dose of mysticism and spirituality, with their manifestations laying bare for all the world to see. Here we reveal Greece’s most sacred spots, all of which belong to the bill of our world’s heritage.

Heading up to the north of Greece, we find the gorgeous Halkidiki. Often called ‘the mainland islands’ by the residents of near by Thessaloniki, the three legged peninsula indeed boasts wonderful shores. They are in fact reminiscent of the beauty of the Ionian island cluster more particularly, blessed with azure waters, sandy beaches that have inspired luxurious hospitality as found in Kassandra’s stunning seaside mirage of wellness. 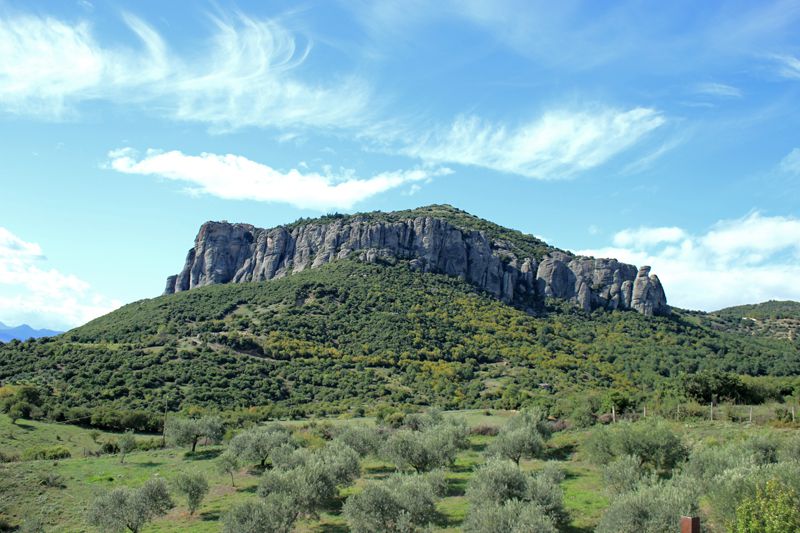 The Rocks of Meteora © Mysteriousgreece.com

However, Halkidiki is more than just sheer beauty however; on the third leg of Mount Athos is the most revered, most sacred of them all, Agion Oros. Home to twenty monasteries, it is known as the Holy Mountain and governed by autonomous polity, having attained the status ‘Monastic State of the Holy Mountain’. Inhabited by committed monks, entrance into the monasteries is allowed only for males above 18 who embrace the faith,and many visit this sacred spot to introspect and find inner peace through sharing their frugal way of life. Meteora is definitely the second most sacred place in Greece. Literally meaning ‘mid air’, these bouldering mountain peaks are breathtaking formations of a series of monoliths, erected 350 meters above the ground, on average. Nestled amidst the tops of these imposing precipitous rocks, are 25 or so monasteries with only 6 of these being still functional today. In one day you can get to see up to three of these, with the opportunity to feast on stunning scenic views of the incredible landscape of Thessaly by jumping on a train from Athens.

The Meteora day trip from Athens by train through Kalambaka will offer an experience of proportions and return you back to Athens to explore the night in the city. In a similar fashion, you can also discover the aforementioned omphalos of the earth, Delphi, by tour taking you on a journey much further back in time. An ancient sanctuary that was home to the most important ancient oracle of the classical world, Pythia, who offered insight into the future and prophecies that were regarded as consultation for many important decisions of the civilisations of eons ago. 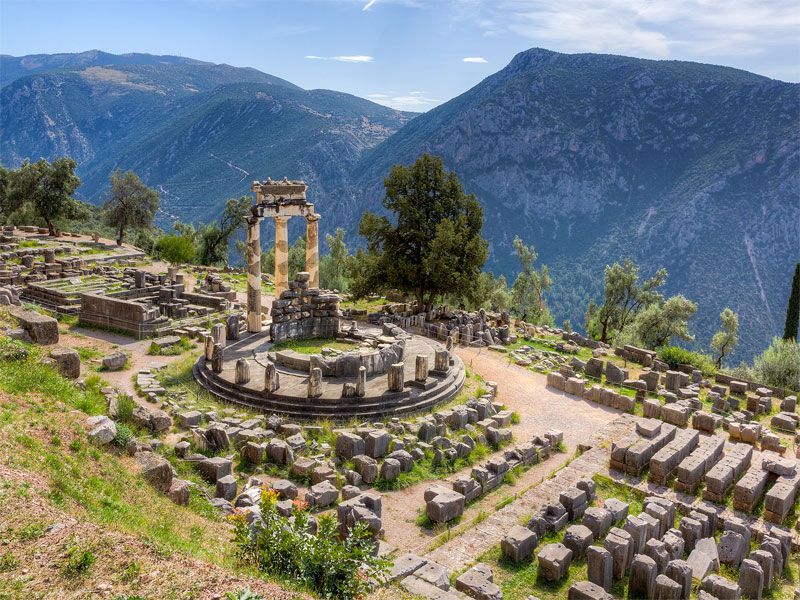 And when talking about Greece, its islands are always at the forefront. And Delos is one island that can boast mythological, historical and architectural importance, once a holy sanctuary for the worship of the Olympian Gods. A place that resonates still, with the energy of its past considering it has been addressed as the birthplace of two ancient deities Apollo and Artemis. It has a next to zero population and belongs to the municipality of Mykonos, making it only possible to visit it by sea. Yet you can combine an excursion to experience all of its riveting sites, such as the Terrace of Lions and Dionysus’ Temple with a boutique cruising holiday, throwing in some more incredible world heritage landmarks of Classical Greece with Variety Cruises. 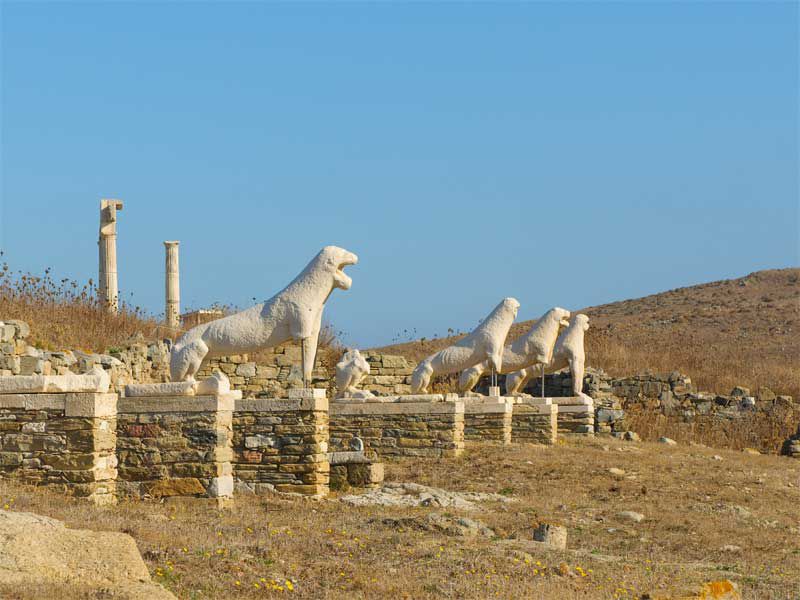