Greece is gifted with a mild climate bringing a fertile soil rich in nutrients. The cultivation tradition of the country is dating back to ancient years while the knowledge base of production and farming of fermented products is recognized in an international level. Besides, a wide range of Greek products have been privileged with the distinction of Protected Designation of Origin (PDO). More specifically, 101 Greek products have been awarded as Products of Protected Designation of Origin including cheeses, olive oils, vegetables and pulses, sweet beverages, the avgotaraho of Mesolongi (a salted flat-head mullet fish roe), the cherry tomato of Santorini, the crocus of Kozani and the mastic of Chios. The gastronomic spirit of Greece is one of the most healthiest and nutritional in the world and one has to taste the vast variety of fine wines, dairy products, garden vegetables and aromatic fruits to understand the spirit!

The most characteristic product of Greece is the olive oil, which is being used in all the recipes of the gastronomy of the country, and has gained worldwide recognition as it is considered one of the best olive oils in the world. Numerous labels have awarded as Products of Protected Designation of Origin and as products with Protected Geographic Indication from the regions of Agios Mathaios, Crete, Lakonia, Lesvos, Lygourio, Kefalonia, Olympia, Peloponnese, Preveza, Rhodes, Samos, Zakynthos, Thasos, Thrapsano and Trizinia. Another wonderful delicacy are the Olive Oils of the country which have also been honored with Products of Protected Designation of Origin varying to the color, size, and flavor of each type including the Olives of Kalamata and the Conservolia Olives of the regions of Amfissa, Arta, Atalanti, Chalkidiki, Chios, Crete, Euboea, Stylida, Volos and Thasos.

The honey of Greece is popular for its irresistible aroma, high quality and outstanding taste deriving from the rich flora of the country comprising from numerous herbs and wild flowers. Among the most tasteful categories of honey are the famous thyme honey, the aromatic orange honey, the chestnut honey, the heather honey and various other types of flower honey, which are collected with aromatic plants including lavender and oregano.  The production of honey is a Greek tradition that dates back to the ancient years as it is the first sweetener of the diet of the Greeks, while the majority of the production involves fir honey, oak honey and pine honey which have high nutritional value.  The best honey can be found in mountain villages and the best aromatic honey can be found in the islands! Taste the traditional honey topped sweets including the friend doughnut, called loukoumades, baklava and honey pies! Every year, 12.000 tones of honey are being produced in Greece!

The Sultanas and Currants of Greece are one of the most ancient products of the country with beneficial properties and nutritional value growing in the entire region of Peloponnese, the birthplace of this sweet product used in traditional cooking. Sultanas are a type of large seedless grapes with a delicate flavor and Currants are small black sweet seedless grapes. The Currants from Zakynthos and Vostitsa, and the Raisings from Corinthia and Ilia are Products of Protected Designation of Origin.

The countryside of Greece is home to some of the most exceptional products of great nutritional value. The Crocus of Kozani, a Product of Protected Designation of Origin, is a flower providing the saffron collected from the farmers, which are the stamens with a wonderful aroma, color and flavor with antioxidant properties. Beans are widely cultivated and some varieties have been honored as Products of Protected Designation of Origin and Geographical Indication, including the Legumes of Elephant and Megasperma of Prespa, the Gigantes (big white beans) of Kastoria, the Beans Mesosperma of Kato Nevrokopi, the Potatoes of Nevrokopi and the Fava (split peas) of Santorini. The variety of the Tsakonian Eggplant from Leonidio, a wide variety of fruits including the Peaches of Naoussa, the Cherries of Rodohorio, the Figs from Kymi and Vravrona, the Pistachio Nuts from Aegina, the Honey from Mountain Mainalo, the Avrotaraho (fish roe) from Mesolongi and the Rusks from Crete are also Products of Protected Designation of Origin. Kiwi from Sperhios and Pieria, Kumquat from Corfu, Apples from Zagora, Kastoria and Tripoli, Oranges from Maleme of Chania, Potatoes from Naxos, Tangerines from Chios, Figs from Taxiarchis, Gum from Chios, Lamb and Goat from Elassona.

Greece has a rich tradition in viniculture from ancient times. Wine was a product of supreme importance in Ancient Greece as evidenced from the wine production of the Dionysian orders while the tradition continued through the Byzantine times, becoming a cultural element of great importance of the country. The wine producers and the viticulturists of Greece respect this tradition shown from a large number of Greek wines that have been awarded as protected designation of origin. Liquid treasures of traditional grape varieties can be found in the islands of the Aegean and the Ionian Seas and the regions of Attica, Crete, Epirus, Macedonia, Peloponnese, Thessaly and Thrace, honoring the long-lasting wine tradition of Greece.

Owing to the extensive knowledge of wine in Greece, there is a long tradition in the distillation of traditional spirits of Ouzo (an anise-flavored spirit), Raki (an unsweetened, anise flavored alcoholic spirit) Tsipouro (pomace brandy) the trademark of Greek celebrations, which continue to be manufactured in traditional distilleries. Another unique product of Greece are the local liquors which are produced with natural products of cranberries, mastic, mint, plus and walnuts, that lend their aromas to unique alcoholic spirits. Liquid treasures of spirits are the Ouzo of Mytilene, the Raki of Crete, the Ouzo and Tsipouro of Tyrnavos, the Ouzo of Macedonia, the Koumkouat of Corfu and the Kitro of Naxos showcasing an excellent taste.

Koum Kouat of Corfu is a traditional liquor of Corfu, which is produced from kumquat fruits with an exquisite aroma and taste resembling strawberries and flowers. The product is exclusively produced in the island of Corfu.

Kitro of Naxos is a traditional liquor of Naxos, which is produced from the citron leaves of the island of Naxos. This elegant aromatic spirit aids digestion with its sweet citrus fruits aromas.

Mastic is a traditional liquor of Chios, which is produced with the resin of the Mastic trees that are solely grown in the island of Chios. It is usually enjoyed untreated. According to Hippocrates, mastic has therapeutic properties for stomach disorders.

Ouzo is a traditional alcoholic spirit of Greece, which is produced from distilled alcohol, aromatic ingredients and water with aniseed prevailing. It is usually enjoyed either neat or with added ice or water served with mezedes (appetizers). The islands of Lesvos and Chios are renowned for their ouzo! And remember to drink ouzo with everything that comes from the sea!

Retsina is a traditional alcoholic spirit of Greece, which is produced from the resinated white or rose wine flavored with pine resin.  The regions of Attica, Voiotia, and Euboea are known for their Retsina!

Tsipouro is a traditional pomace brandy of Greece, a strong distilled alcoholic spirit which is produced from the residue of wine press, the pomace, and it is enjoyed either pure or anise flavored. However, the spirit is called raki or tsikoudia in Crete owing to its stronger aroma! The regions of Epirus, Macedonia, Mani, Thessaly and the island of Crete are renowned for their tsipouro!  And remember to drink tsipouro with everything that comes from the mountain! 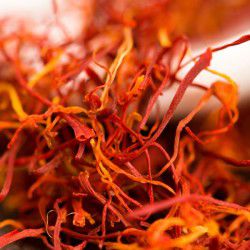 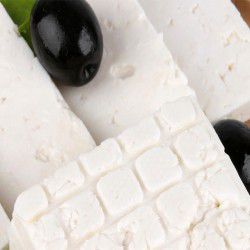 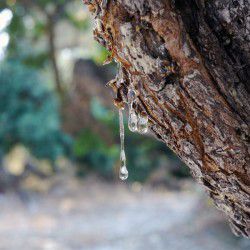 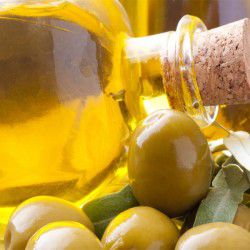 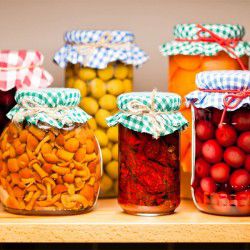 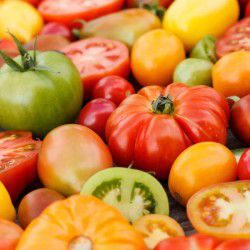 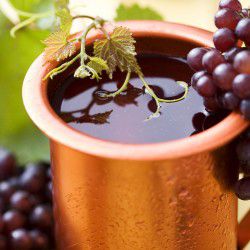 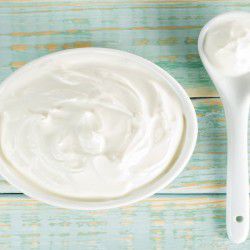