Archaeology enthusiast or not, Tegea Museum is a must visit.

The Archaeological Museum of Tegea is one of the first regional museums established in Greece, which was built between 1907-1908 on the area of Alea in Tegea, donated from Bishop Neilos to the Athens Archaeological Society.

One of the most distinguished members of the Society, Professor Konstantinos Romaios, a great archaeologist and researcher, was the founder and the first curator of the Museum of Tegea.

The award-winning Tegea Museum was granted with special praise from the European Museum Forum, recognized for its “outstanding achievements”, in San Sebastian, Spain this April. According to the jury, the Museum of Tegea, “Located in the heart of ancient Arcadia, the museum uses the rise of the polis, the city-state, as its central theme; it has placed the visitor at the centre of its thinking with integrated, state-of-the-art electronics, offering a coherent interpretive strategy and a clearly structured narrative.

Following a seven-year refurbishment, the Tegea Museum is now one of the most modern museums in Greece, as its exhibits are being presented with cutting edge technology. Its importance lies in the fact that the museum is dedicated to the evolution of the most powerful city of ancient Arcadia, Tegea through 770 findings found during the excavations. By using new technologies, including digital archaeological applications and high-end devices, visitors have the opportunity to visualize the evolution of the city state of Tegea.

It is really interesting that the names of the most eminent archaeologists in Europe and the United States can be found in the first visitors’ book of Tegea Museum.

Other exhibits include preserved sculptures and architectural elements from the temple of Athena Alea, the head of bearded Hercules, two marble female statues, a lion’s head water spout and an inscribed stele. Furthermore, various sculptures are displayed within the halls of the museum that have been found in excavations in Tegea during the 19th century as well as from private collections by civilians. Some of the most important exhibits include two marble thrones from the Late Classic era in the Episkopi of Tegea, a relief depicting Dionysus, Artemis and Heracles, a votive relief of Artemis and a young hunter and a colossal head of bearded Asclepius from the Early Hellenistic period, and a marble statue of Arcadia God Pan.

Tegea’s Archaeological Museum is a unique museum in the Greek territory, which has managed to become an important symbol of the Arcadian culture and history amd gain the international recognition it deserves. 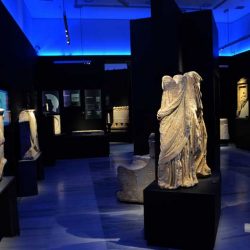 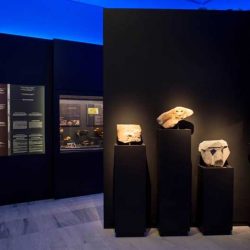 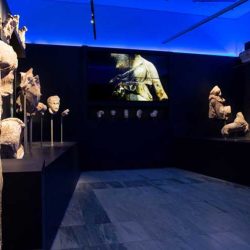 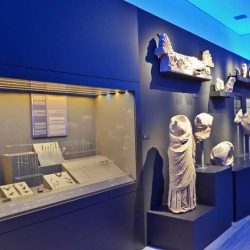 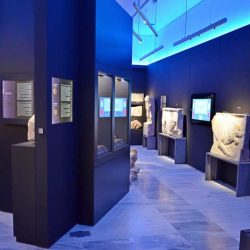