The Kingdom of Agamemnon

Awe and Allegiance at the Cradle of Mycenaean Civilization

An unexpected awe will fill up your soul. Traces immortalized from time; in the palaces of Mycenae, the ghost of Aegisthus, Agamemnon and Clytemnestra, persons of myth and tragedy dipped in human passions, seem to hang around seeking for vindication, as the tragic poets did. Mycenae, the capital of Greece in prehistoric times and religious center of the Mycenaean world, was firstly called rich from Homer eight centuries ago. Aeschylus was the first who, in the peak of the Greek culture, followed from Sophocles and Euripides, revived the fate of the generation of Atreides talking about the palace of the Mycenaean. It’s more than a century since Schlieman, the first to unveil the mysteries of Mycenae, brought to light the royal tombs of its citadel opening a new chapter in the history of European civilization. Mycenae is the place that fueled archaeology, literature, theatre and research with an astonishing wealth of material, unique in the world! Just like the Trojan War never happened, and Agamemnon did not exist so as to sacrifice his daughter so that winds would blow and grasp the woman of his brother from the arms of Paris while loading the treasures of his father on the ships. All these legends and myths illuminated the fantasy of Homer. Yet, it felt like humanity united the moment that Agamemnon, Clytemnestra and Iphigenia were born again from an amateur archaeologist searching for the Treasure of Atreus. Signed by the name Heinrich Schliemann, his telegram to King George I was saying “… I saw the face of Agamemnon. I found incalculable treasures in the tombs of Mycenae, archaic objects made from pure gold. The treasures themselves can fill an entire museum, the most beautiful in the world…”. However, this face that was confronted from him belonged to a king of Mycenae who lived there three hundred years before him; this golden mask became one of the most recognizable findings of international archaeological excavation. He was the one who found the palace of Mycenae along with its underground tanks that used to suppy it with water three centuries ago. From the large plateau, where the throne room used to be one, Agamememnon stood and felt invincible. The rich city of Atreus and his sons, Agamemnon and Menelaus, and all of the Mycenaean kings who lived there will definitely amaze you; the phantasmagorical view of the Argolis plain and the timeless view of the Aegean Sea from the palace will take your breath away. The Lion Gate, the official entrance to the city of Mycenae, will leave you speechless. Heritage and legacy of this powerful European civilization, Mycenae is one of the most important archaeological sites in the world you will ever discover. Protagonist of the show is no one else than your imagination, which will guide you through the palace of Agamemnon and the religious center of the Acropolis, the Cyclopean walls and the underground cisterns, the vaulted tomb of Clytemnestra and the Treasure of Atreus. Will you explore a route between epic and drama in the city of Mycenae?

Unveil the mysteries of Mycenae from the travel guides of Mysterious Greece! 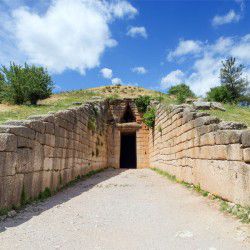 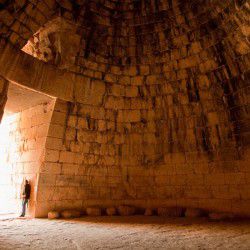 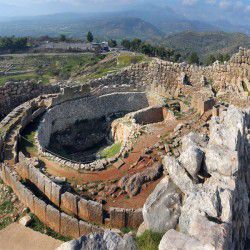 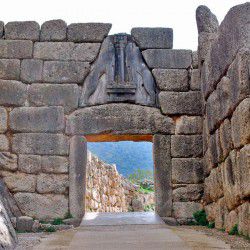 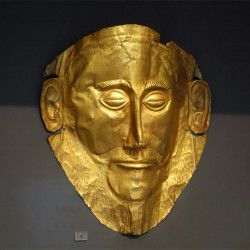 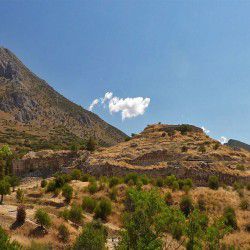 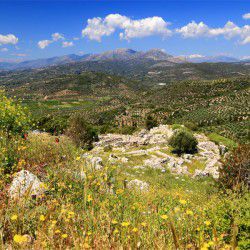 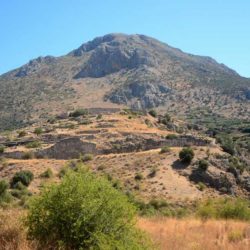 The Entrance of the Underground Cistern: Costas Athan by Panoramio

View from the Acropolis: Shutterstock