With this Caffeè Torino, Athens welcomed the first-ever Negroni bar in Greece!

A carefully polished pop up event by the iconic brand Martini® introduced the concept of Caffeè Torino to the Greek capital so as to introduce the trend of the true Italian ritual, the Aperitivo time.

On Skouleniou Street, right next to eminent Hermou Street, Caffeè Torino popped-up to spread the most celebrated Italian concept to the Athenian locales who have experienced a cultural outbreak in recent years.

A grandiose pop up café with a genuine Italian spirit was established for three days to familiarize locals this great tradition.

Once entered to this lavish space, everything seemed so-Italian! Sumptuous buffets, cheese platters and a unique assortment of deli meats accompanied with Martini® Riversa Speciale Cocktails under the rhythms of jazz and lounge music welcomed visitors in downtown Athens.

Guest bartenders from some of the world’s 50 Best Bars, including the Clumsies in Athens, the Little Red Door in France and Lost & Found in Cyprus, served an extensive list of signature cocktails by using exclusively Martini® Riserva Speciale.

The Aperitivo ritual is such a unique Italian moment, and the story behind its origins is really fascinating!

Torino flourished during the 19th century, as it is birthplace of the modern Vermouth (who many suggest that vermouth may be the oldest alcoholic beverage in the world) and Italy’s Aperitivo Capital.

This royal city had the privilege to be the first capital of unified Italy (1861), home to some of the noblest dynasties, greatest intellectuals, political figures, artists, and opera composers.

The city was built in the Italian Baroque style, dotting its grandeur all over the city with majestic boulevards and arcaded shopping streets. Dozens of sophisticated caffés also introduced to the Italian world the so-called aperitivo moment, a pre-dinner drink, usually between 7pm to 9pm, that gives the chance to socialize with friends and relax post-work. Not long after, this great tradition was an everyday habit for the Italians.

Up until today, Torino is probably the only city with so many historic caffés still in operation where culture seekers and travel enthusiasts can dive into the legendary atmosphere of another, bygone era. 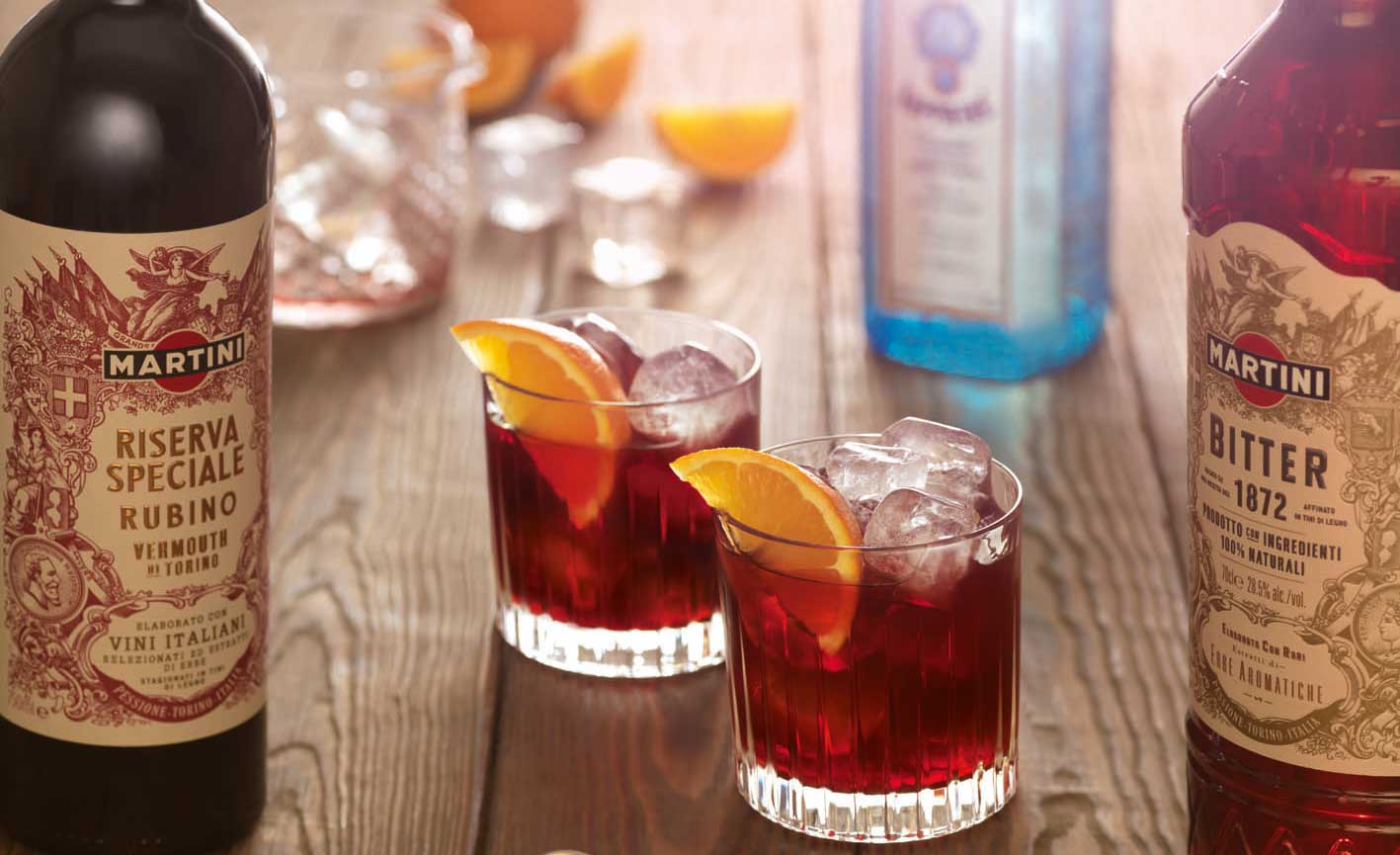 An intrinsic part of the Aperitivo Experience is the exclusive series of cocktails with Martini® Negroni cocktail being the protagonist of the show. It is believed that the Negroni cocktail was invited in Florence (Italy) at Caffè Rivoire in 1919.

According to the legend, Count Camillo Negroni requested his friend and bartender, Forsco Scarselli, to alter his favorite cocktail – the Americano – by replacing the soda water with gin. So did he, and also added an orange garnish. Since then, everyone visited this bar for a ‘Negroni’. Made of equal parts of sweet vermouth, bitter and dry and gin, this lovely cocktail impressed millions of palates. Since that day, bartenders from all over the world have experimented with developments challenging the traditional recipe without distorting its heritage. Sbagliato, The Boulevardier and Negroni Bianco are only some of the greatest samples of this experimentation.

Forget about your comfort zone and trust the most innovative bartenders at Odori Vermuteria di Atene to experience the genuine Martini® Negroni Cocktail. 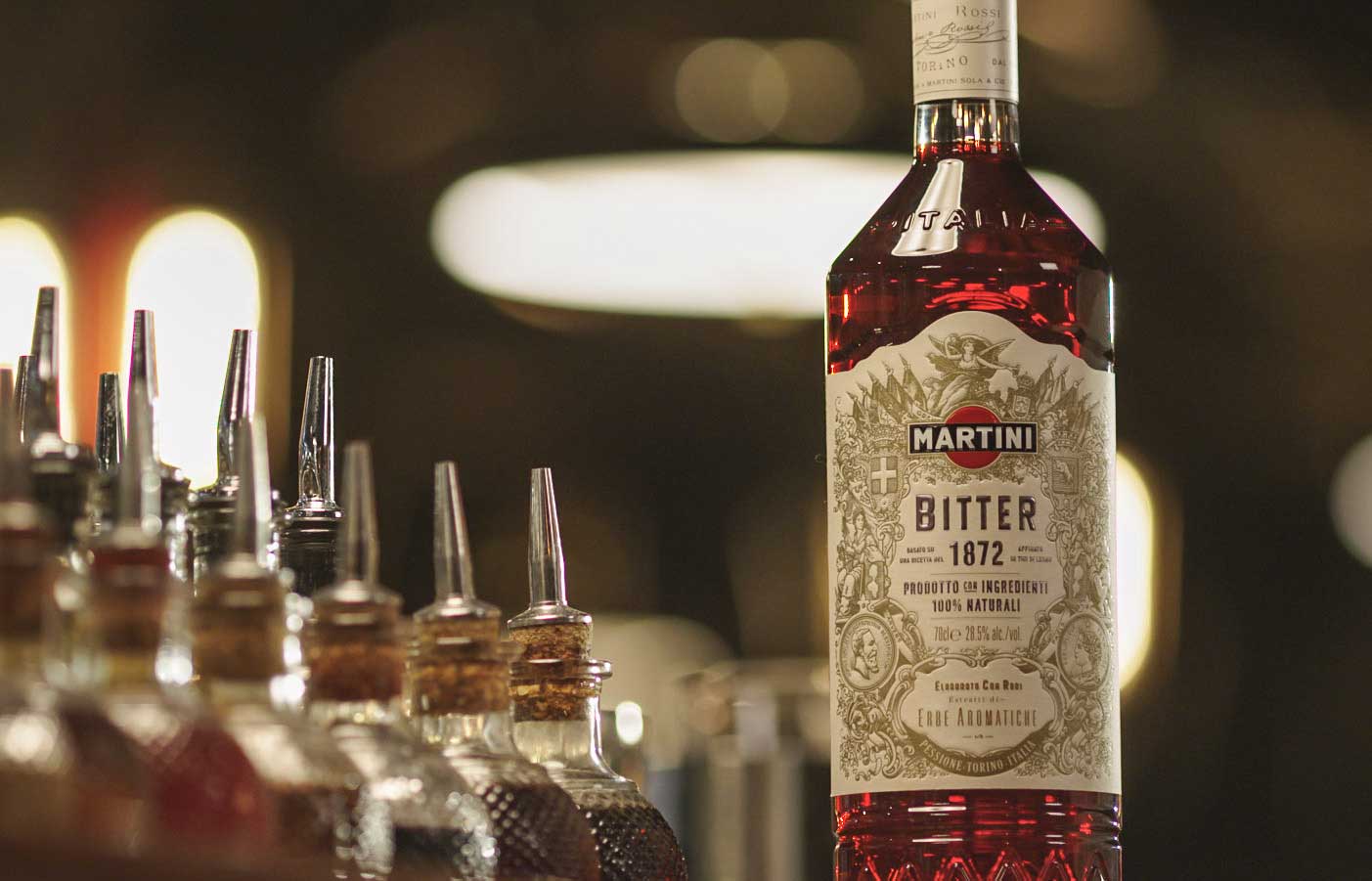 Inspired from the original 1872 Martini® recipe, the award-winning Martini® Riserva Speciale Bitter combines tradition with heritage and introduces new groundbreaking blends and mixtures to the world of aperitivo cocktail, an original signature of Torino, the capital of aperitivo.

By creating the perfect recipe for the inimitable Martini Negroni, Martini® Riserva Speciale Bitter is made up 100% from natural ingredients and the original 1872 recipe, as formed from Luigi Rossi, the founder of Martini®. Ivano Tonnuti, the Master Herbalist of Martini®, selected three distinctive botanicals to deliver the exclusive richness and complexity through bitterness variations. According to the Master Blender of Martini®, Beppe Musso:

“The art of the bitter aperitivo is to create a complete and rounded sensation of bitterness in the mouth. This is achieved by our incredible Master Herbalist Ivano Tonutti slowly building up layers of different styles of  bitter botanicals, one by one for a more complex profile, until all are beautifully playing together like in an orchestra creating an uplifting melody.”

A bottle of vibrant red bitter aperitif with extra rich sweetness and a unique recipe of aromatic herbs welcomes the Negroni of the Future. As Martini® believes “Innovation is tradition that hasn’t happened yet”. 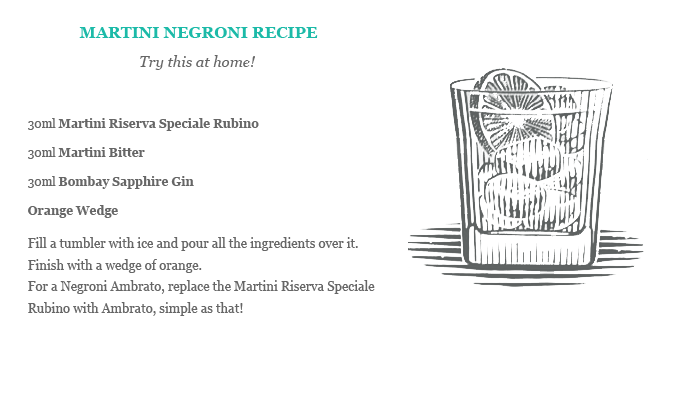 Cocktail Inspirations
Back to blog >>