Mysterious Greece » Nafplio » Made in Greece

One of the Oldest Distilleries of Greece

Few companies manage to withstand time, and Karonis Distilleries is one of them. Fourth and fifth generation and still continuing, Karonis Distilleries is one of the oldest distilleries in Greece, housed in a private area in the region of Agia Paraskevi of Nafplio. It is a family business, a distillery of 145 years of continuous operation, who specialize in manufacturing ouzo, raki, mastic and cherry liquor in modern copper stills. Just before the declaration of the Greek state as an independent one, Yiannis Karonis opens up his own raki-shop in Nafplio. After many phases and given his love for ouzo production, he finds himself equipped with two distillation flasks and ventures out to learn more about the mysteries of distillation. Karonis Distilleries was founded from Yiannis Karonis in 1869, whose venture materialized, since he bought his equipment from France and Germany for manufacturing ouzo and mastic. Pioneers, as they have always been, the two Karonis brothers settled their own unit of spirit production, using distilleries and machinery, far beyond the grasp of their time and built themselves a state of the art factory. Craftsmen from Italy set up a number of built reservoirs and alembics. The spirit was used for the distillation and the production of ouzo and mastic. It was then that the whole operation took the name “Spirit House”, Tegea. Production grows and the distribution stretches outside the city limits. Now, the products are being transported by boats and by train. In 1947, the firm follows the purchase of its own truck, which widens the distribution points even more.The quality liquor mastic of Karonis was sealed in the first exhibition of Zappeion (1889), the signal for the dissemination of Karonis traditional recipe was given. Gold and silver medals followed in International Fair held in Thessaloniki, a fact that sealed the quality of the distillery and its products. Yiannis Karonis perseverance in the achievement of optimizing quality led to the use of the best varieties of aniseed and other aromatic ingredients giving the following four generations the precious recipe of Karonis Ouzo that remains to this day unchanged. Since then, Karonis fifth generation still continues the family tradition by producing the same quality products, and showcasing their family history in a wonderful museum with old documents, retro photographs, prizes and interesting snapshots of Karonis Distilleries. With the same passion and taste, faithful guardians of tradition, the fifth generation of the family Karonis continues to offer these exquisite products, exactly as Yiannis Karonis began almost one and a half centuries ago.If you can’t visit the wonderful Karonis Distilleries, then the shop of Karonis Distilleries in Nafplio, is a real find for alcohol aficionados, with a great selection of liquors and spirits, you should not miss before you leave this poetic city. 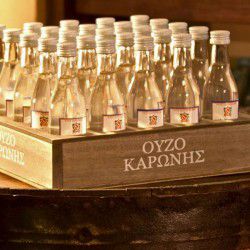 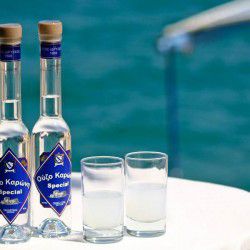 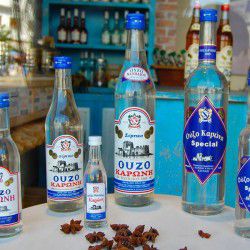 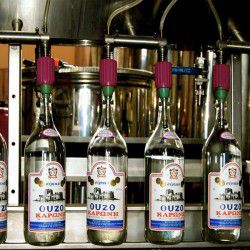 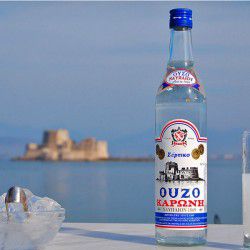